GRE has its fair share of probability questions. One interesting fact about the probability questions asked in a GRE test is that many a times it is possible to answer the question without resorting to complex calculations involving Bayes' theorem or binomial distribution. Even if you don't arrive at the solution, you can reason it out enough to be able to solve the question by elimination or other tricks.

The purpose of this article is to show you such questions which can be solved using some quick calculations and some logic. We are going to discuss 2 class of such questions below

Questions that can be solved by using some logic 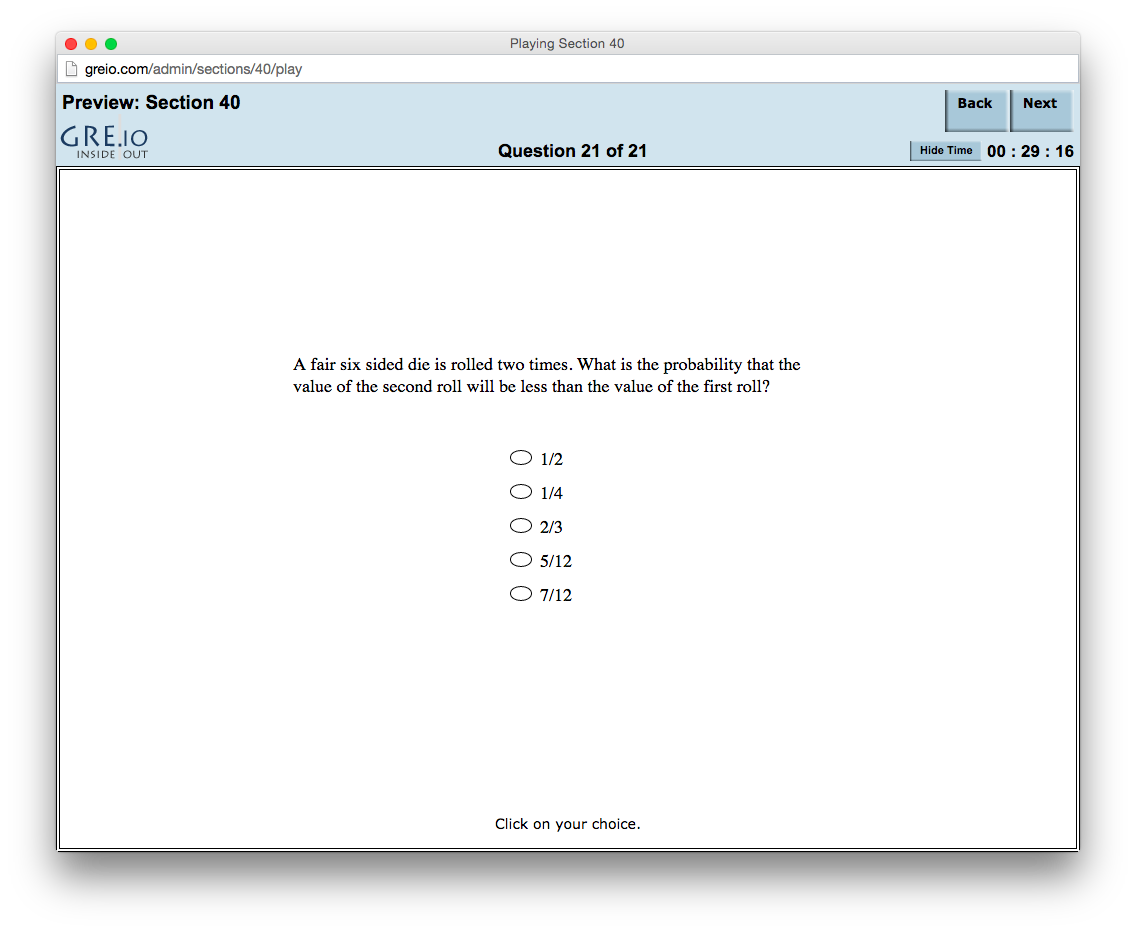 Now lets look at how the nerd in you will want to solve this question. Given below is the formal proof:

However, lets try to reason about this question and try to arrive at the answer just by logic:

There was no maths involved in the second solution.

Such questions generally have a very straightforward answer. The only catch is that you should be able to quickly identify the trick, which is usually extraneous data which doesn't affect the answer.

Example of such questions:

Question: A fair coin when tossed 10 times gives 10 consecutive heads. What is the probability of getting a tail when it is tossed for the eleventh time?

The trick here is to recall that individual coin tosses are independent events - One toss doesn't have any effect on the outcome of the next toss. The probability of getting Head would be whenever a coin is tossed irrespective of the outcomes the previous tosses.

Another example of such type is:

Question:
What is the probability that a number amongst the first 1000 positive integers is divisible by 8?